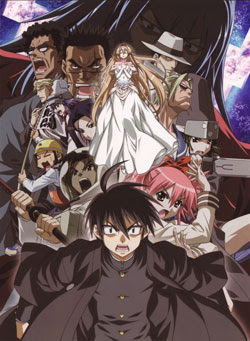 synopsis:
Nagasumi visits his grandmother near the sea during the summer. While visiting, he goes for a swim, and drowns right after entering the water. Fortunately for him he is saved by a young mermaid. Later as he tells the story to his family, a young girl named San appears at his home and begs Nagasumi to marry her. She’s followed by two large thugs and they take both him and his parents to San's home under the sea. If that wasn’t strange enough, it turns out San's parents are mob bosses. Nagasumi is left with the choice of either death or marrying San. He chooses to marry a mermaid. This would likely be that, except San's father and some members of the mob are not exactly thrilled to have Nagasumi courting San and are determined to bring an end to their relationship--or him. And there is also the matter of keeping it a secret that San is a mermaid.

i view:
This is the type of anime where anything can happen. It has interesting characters, clearly deviating from the usual mermaid stuff you read about or watch. It's full of comedy and scenes would really make you crack up.

The woman behind this blog, as pictured above, is a mid-20s Filipina, who made this blog mainly for people who likes asian animes, dramas and music. Her name's Anna Luisa but feel free to call her 'Luisa'. She is a K-Pop fan and her favorite idol group (of them all) is Super Junior. This doesn't mean she doesn't like other groups like EXO, BigBang, 2PM, Infinite, SNSD, 2NE1, After School and other artists because obviously, she does.
Luisa says, "I DO NOT host animes, dramas, mp3s and the sort. If you find a link from my old posts, rest assured, it is 100% not related to Yoboseyo-Asia. If you like what you see, follow and get updates every now and then."

Lots of Girl Stuff
Talks about everything related to girl stuff-- beauty, fashion and the sort. Manned by the same author. 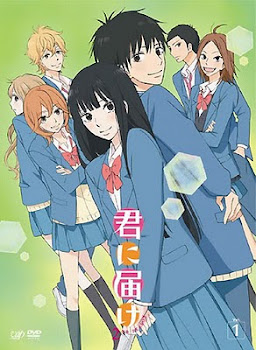 What are you most interested in reading in this blog?